On the night of June 7th, we were blessed with clear skies and northern light activity!

It was quite the spectacular show. I was able to visually see the green and purples that came from the lights and it was just beautiful. I was lucky enough to not have to work the next morning so here were my adventures that night. 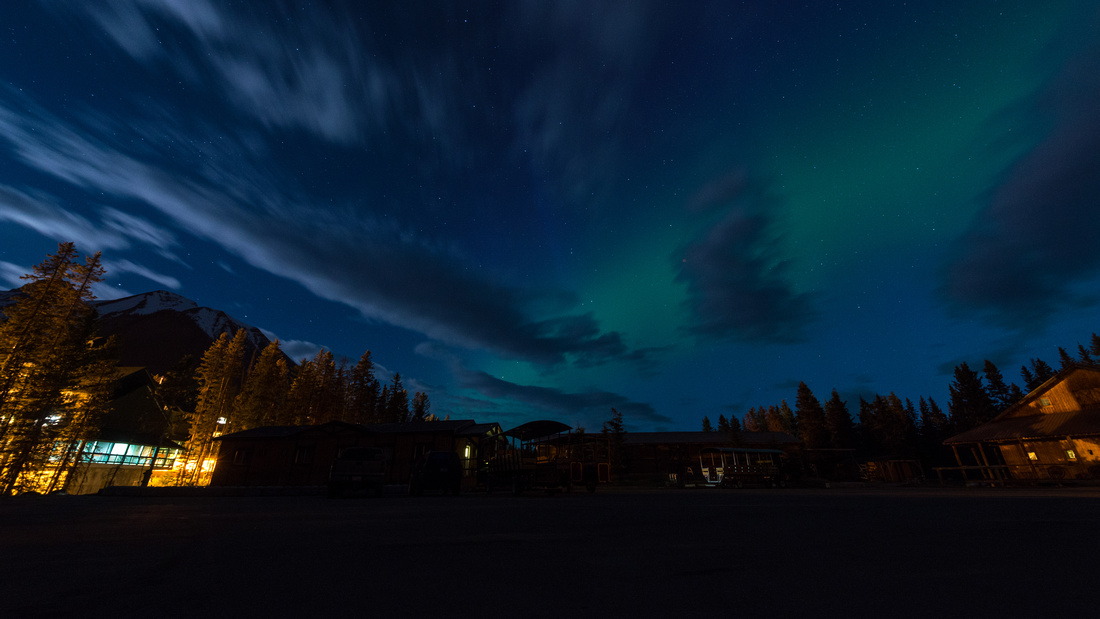 It all started around 2am. I went down to the stables where it was darker so I could see if the lights existed after getting a red alert on my phone via Aurora Watch. This was when the moon was still peeking out from behind Mt. Victoria. The picture above shows the moonlight on the left versus the northern lights on the right.

I then proceeded to walk down the path from the staff accommodations to the Chateau Lake Louise. That was when I started seeing purple on my photos and realized that the activity of the lights were increasing. 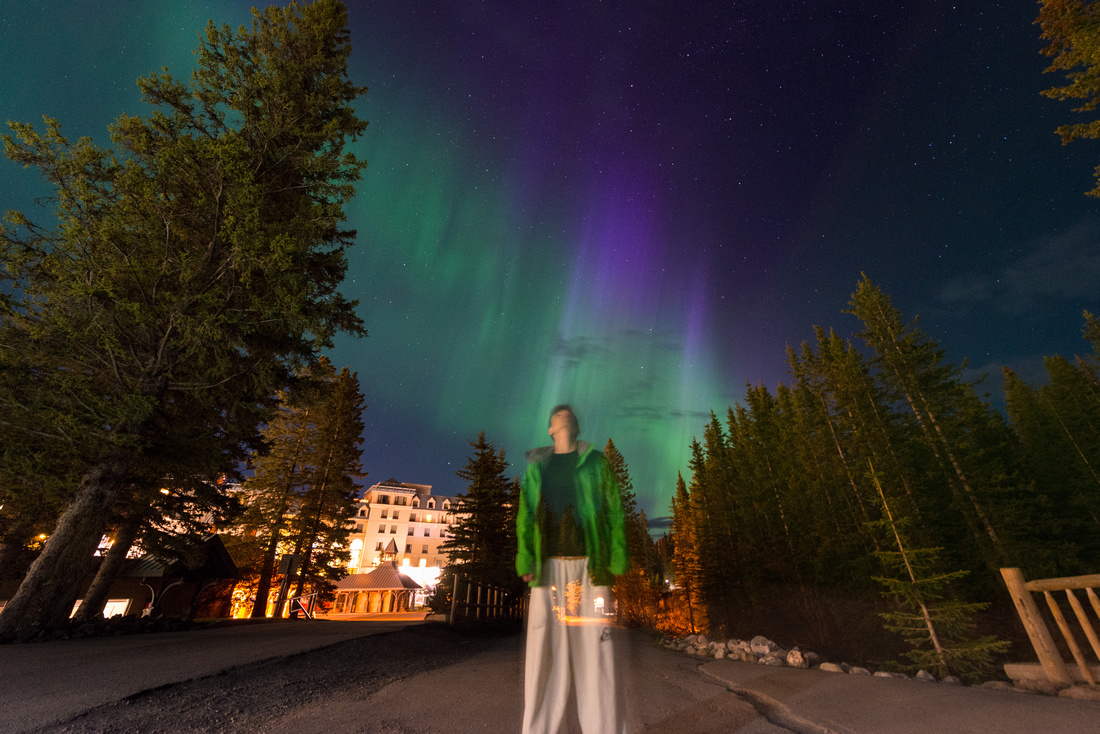 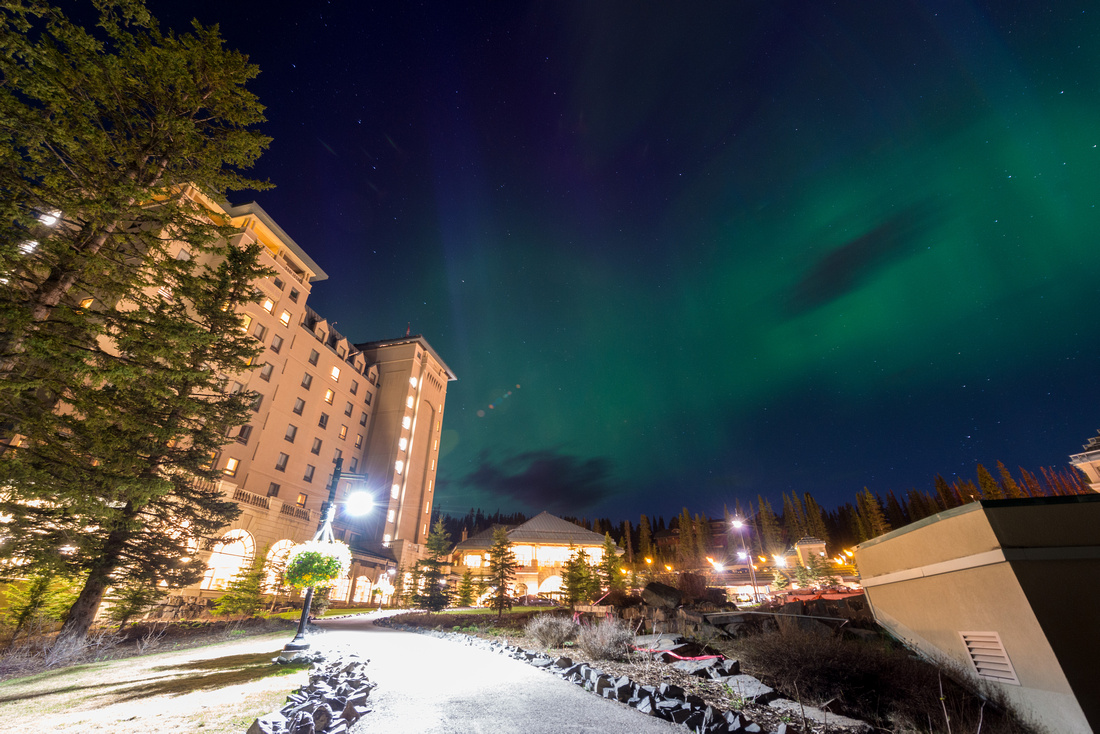 Then we get to photos like these where you can actually see the northern lights even with the Chateau's artificial lights somewhat overexposed. 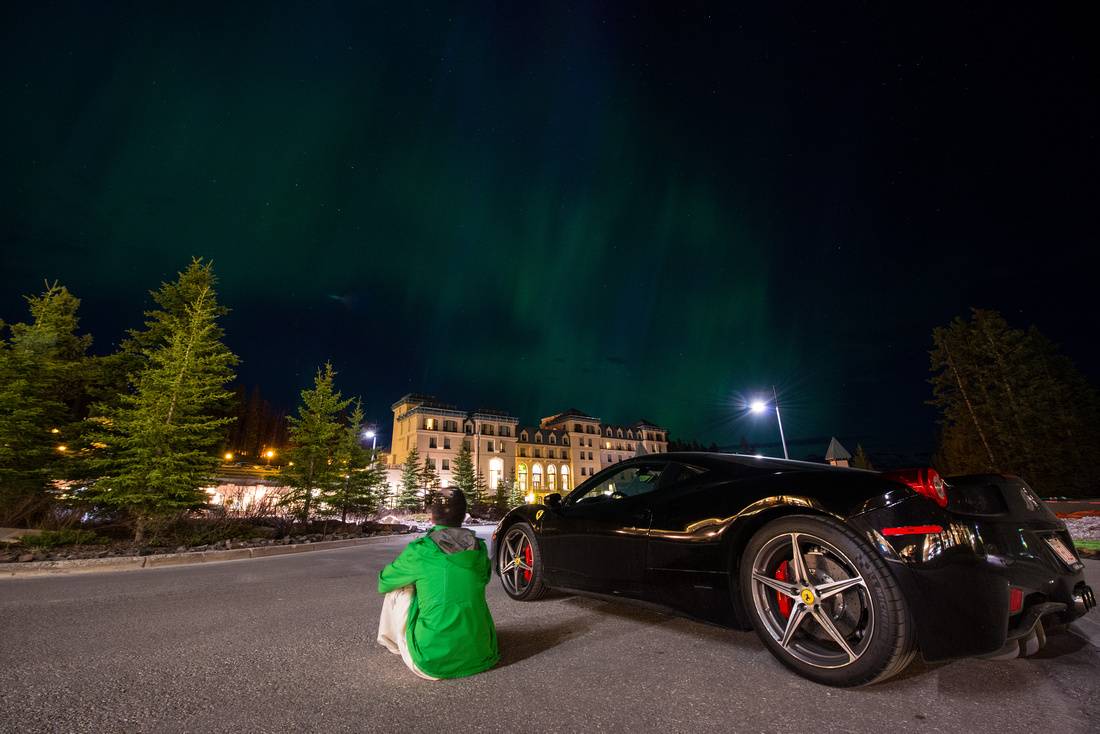 Finally you get to this picture where I'm simply admiring the lights with a guest's Ferrari parked outside the Chateau... Definitely an interesting experience.

I eventually did something that I had a hard time doing as a photographer... I dropped my camera gear off at home and went back out without a photo-taking device so I could admire the lights with just my eyes. After watching the Secret Life of Walter Mitty during my flight to Hong Kong a month ago, a quote stuck with me. Spoiler Alert: It was when Walter asks Sean when he was going to take a photo. Sean answers:

"Sometimes I don't. If I like a moment, for me, personally, I don't like to have the distraction of the camera. I just want to stay in it".